25th ANNUAL CONFERENCE OF THE DEPARTMENT OF ENGLISH LANGUAGE AND LITERATURE

25th ANNUAL CONFERENCE OF THE DEPARTMENT OF ENGLISH

The 25th annual conference of the Department of English Language and Literature at Oranim – a tradition of a quarter of a century – was held on Monday 13th June in the auditorium of building 46.

Our conference showcases the best of our students' work and it is a tribute to our students that each year provides us with enough material to compile an academically enriching and varied conference programme. This year, as always, included both academic papers and projects, as well as creative pieces.

The conference opened with a few words from Roberta Bell Klinger, head of the International School, and was followed by opening remarks from Dr. Elisheva Barkon, head of the Department of English Language and Literature. The first section of the conference commemorated the 400th anniversary of  Shakespeare's death and was devoted to two literature papers, one from Adi Gal-Hoppel and the other from Yair Harris, analyzing Shakespearean characters  (Shylock from The Merchant of Venice and Claudius from Hamlet). This was followed by four poems written and read by 1st year students, inspired by the work of the Native American poet Joy Harjo. The linguistics section of the conference included a paper from Lily Shehady which focused on spelling, and a collaborative presentation by Shaimaa Mazarib and Johnny Majlin on the preparation of a linguistics component for Wikipedia. Lily Shehady returned to present her film, "Sounding the Self", after which there was a short lunch break. 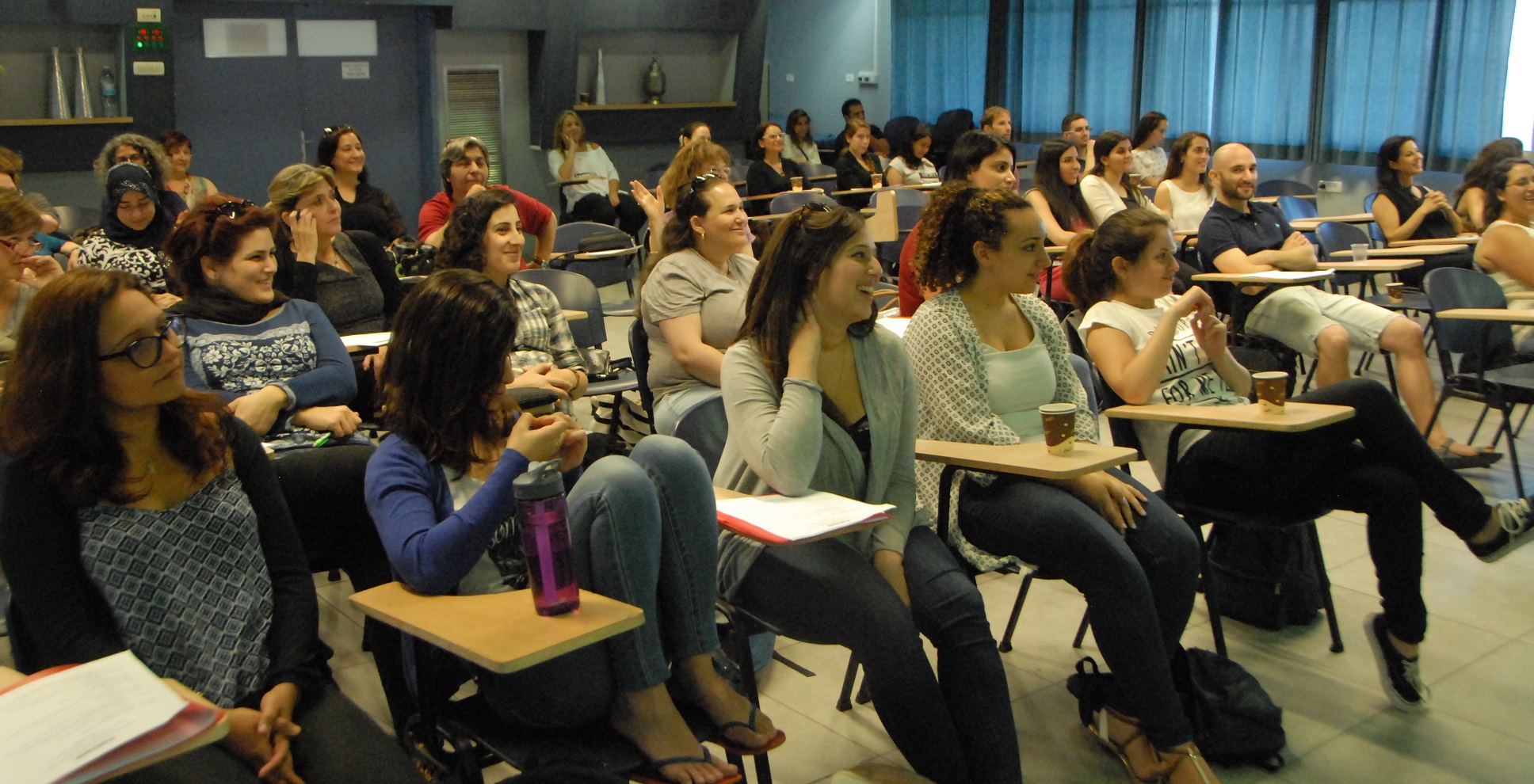 The second part of the conference began with an Icarus-inspired poem written by Zohar Steinberg, and continued with an education section in which Shaked Greener shared her experiences in tackling latecomers to the classroom, and Lia Bohadana presented the benefits and disadvantages of teaching vocabulary through translation. Two of the lecturers in the department, Sara Lurie and Dvora Dubiner, reviewed the year's emphasis on correct spelling with an interactive spelling quiz, and the conference concluded with Reader's Theatre, in which the 1st year students read excerpts from Sandra Cisneros' The House on Mango Street. The Reader's Theatre is now in its third year, and promises to become a traditional part of the conference.

Both lecturers and students agreed that the conference provided an enriching and enlightening experience and a fitting conclusion to a year of academic endeavour. We look forward to next year's conference.