The Debating Conference at the Department of English Language and Literature began with welcoming notes from Professor Danielle Schaub, who organized the conference. Then Dr. Elisheva Barkon, Department Chair, shared with the audience where she first met Mr. Farah and the debating group. Professor Schaub then spoke about the connection between essay writing and debating, both having in common matter, method, and manner.

Mr. Elias Farah, the Vice-Principal of Saint Joseph Seminary and High School in Nazareth, and organizer of the high school debate program, began his lecture with reflections on the title of the conference, “The Power of the Spoken Word.” He explained the origins of the Model United Nations (MUN) debate and introduced us all to the UN Charter. He then presented the benefits of MUN debates in improving his students’ reading, speaking and writing skills (amongst others with respect to lexical chunks) as well as reinforcing their self-confidence and sense of team-work since the beginning of their MUN journey. Moving on, Mr. Farah focused on how the MUN group works at their school. The decision to allow students to start their involvement from as early as the tenth grade has shown positive results, as early exposure to vocabulary used in MUN debates allows them to practice, internalize, and automatize the specific MUN vocabulary. Finally, Mr. Farah spoke about new initiatives in the world of debate and MUN.

Ali Darawshi, a graduate of the high school, and a tutor at the debate club spoke about his journey in the debate club – still continuing after graduating – and what he gained from the experience. As a fourth-year student of English language and literature, I could not help feeling impressed by Ali’s fluency, diction, and confidence while speaking. After Ali’s speech, Rami Hanna, also a graduate, explained the “points and motions” of a MUN debate. We learned about the four kinds of points (points of inquiry, information, personal privilege, and order) and five kinds of motions. Rami also discussed the difference between a formal and an informal debate. Afterwards, Noor Athamneh, also a graduate, presented a brief summary on “committees and resolutions,” discussing the two kinds of clauses (perambulatory and operative) and how the different committees use them. Additionally, Noor spoke about the Security Council, the only committee with power, and finally, about how to bring forth the resolution or amendment. Needless to say, Rami and Noor’s fluency, lexis and confidence impressed me as well. Their experience, alongside Ali’s, proves the essential role of debating in reinforcing language and communication skills.

The conference ended on a hopeful and positive note, that we, as aspiring teachers, can use debating and bring positive change in our classrooms. However, the most important requirement from the students lies in their utmost dedication. In the conference, the attendees noticed the fruit of not only Mr. Farah’s hard work, but also the students’ serious motivation and involvement.

After the opening speeches and formal explanations of the MUN project the students embarked on the official debate, focusing on organ trade. The group put the approach previously presented into practice in perfect harmony. The three graduates functioned as the chairs and as such they managed it with the appropriate etiquette and formalities. Even though they simply presented the MUN format, both students and chairs took the process seriously and the chairperson asked the audience to refrain from clapping and laughing. Demonstrating a high level of proficiency, all of the students had evidently thoroughly researched the backgrounds and positions of their assigned countries. Moreover, they had undoubtedly practiced their answers to any possible question and delivered them in a formal register; when they lapsed into the use of personal pronouns while addressing a delegate, the chairs corrected them, reminding them to abide by neutral turns.

Honestly, from a student’s perspective this approach to debating did not seem all that enjoyable, but rather stressful. Considering that we had undergone “Debating Skills” in our first year I could not avoid comparing the two. Even though we had to use a high register and stick to a predetermined pattern of speech and prearranged topics, we enjoyed a freer atmosphere and felt more passionate about our topics than the visiting students. However, even though I voice this opinion, on the whole, the group struck as remarkably astute and we all learned from this exposure immensely.

The Resolution and Vote

By the end of the conference, after having witnessed the pupils’ professionalism, Oranim English Department students reflected on the advantages of introducing debates in lessons. Some students even expressed the desire to apply the approach as soon as they can. In short, we all benefited from the day and left with ideas to implement in the future. 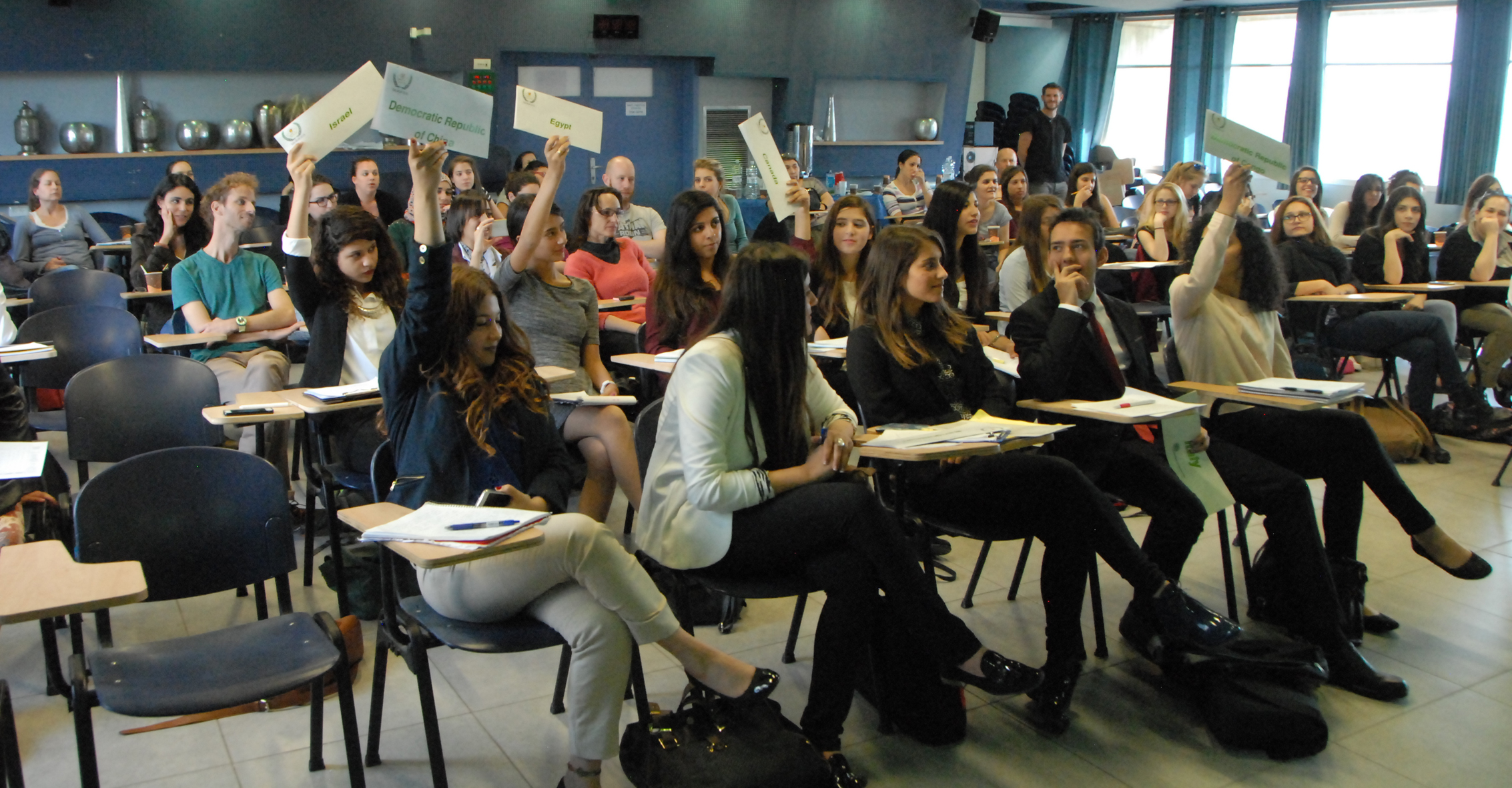