ON THE EDUCATIONAL VALUE OF DEBATES

Following the Debating Conference, the students in the Advanced Scholarly Writing course wrote a paragraph on the educational value of debates and engaged in peer editing for concision, coherence, clarity and precision. The result of their hard work appears below.

An Introduction to the Art of Debate

According to the Merriam-Webster Dictionary, a “debate” implies a “discussion between people in which they express different opinions about something.” The art originates in Ancient Greece, where philosophers and politicians established the principles of a structured discussion based on answers and questions between individuals from all walks of life. Prior to the debate, the speakers must engage in independent research and critical thinking in order to present their arguments convincingly. During the event, the speakers present their ideas and/or opinions about a subject in an organized and disciplined manner, which enables all to advance their stance within a given time frame. The speakers’ consistency, accuracy and clever use of rhetorical devices contribute to engaging the audience, indeed persuading them to support the outlined views. The principles governing debates have a tremendous impact on the audience; apart from demonstrating how democracy operates by providing open discussion forums, debates enable speakers to focus on controversial issues (such as gay marriages, prevention of domestic violence and organ trade, to name but a few options) so as to pursue proper solutions. Ultimately, as deliberations promote respect and tolerance, they can bridge the gap between minority and majority groups in society, often divided by fundamental disagreements.

Debating – an activity that requires knowledge of multiple subjects – refers to a civilized discussion that sets the stage for opening the mind to various approaches and insights. As an educational tool, it provides many advantages, such as improving students’ language and critical thinking. It necessitates consolidating active vocabulary and requires searching for new lexical items and their semantic features to facilitate speech and enhance the ability to persuade an audience. Furthermore, debating allows a person to see the two sides of a subject – its pros and cons. Not rarely, when debating, does a person have to represent persuasively a position not personally supported and must therefore toil to convince the audience. If conducted according to the rules, a debate also teaches participants to argue a case in a civilized fashion, which develops self-confidence. Nowadays listening to other people seems less attractive than expressing oneself, yet debating requires careful attention to answer previously raised points, thereby enhancing listening and critical thinking. In other words, a debate broadens a person’s horizons through the confrontation with different subjects and ways of envisaging burning situations and possible solutions.

Debating: A Steppingstone for Personal Achievement

The constant stimulation of the brain in debating cultivates multiple crucial skills that expand a person’s intellectual potential. The invigorating experience faced by participants develops creativity and innovation while simultaneously inciting hard work in preparation for the activity. Preparing for a debate strengthens perseverance when confronted with dilemmas, sharpens focusing abilities for adequate reasoning and supplies tools to deal with arising challenges. By providing a stage, the intense event entices pupils to develop their skills and achieve their full potential. In the process of debating, pupils learn how to cope with disappointment and failure – part of a process to devise strategies needed to flourish in society. Standing in front of an audience to express individually constructed motions improves the participants’ self-confidence. By encouraging involvement in important issues leading to the gain of insight into the mechanics of the political world, debates not only have a significant impact on the studying process, but also (re)connect pupils to the community and the public. As they impart ethical values, inspire ideals and promote leadership skills, debates contribute to the development of the participants’ character and charisma, fostering future leaders. Debating therefore holds countless educational benefits, but most importantly stands as a steppingstone for personal achievement.

Debating and Its Multiple Educational Assets

Debating entails multiple educational benefits, as it allows pupils to master skills in rhetoric, develop problem-solving abilities, and build self-confidence. To begin with, such an engagement gives pupils the opportunity to enhance listening skills in English and to practice speaking in articulate and clear language, thereby improving their proficiency. This activity also contributes to their understanding of complicated situations and betters their ability to look for solutions to the concomitant problems with calmness and efficiency. In the process pupils must deliberate logically and rationally to build their arguments and counter their opponents’, eventually acquiring a deeper sense of responsibility, concern and organization as they work hard to prepare their position for a debate; the research and cooperation required to build a strong case might encourage them to become more responsible human beings and better professionals. In Model United Nations debates, pupils might even have to propose a motion with which they do not agree and convince the audience of its validity, thereby learning about tolerance and professionalism, two qualities that will come into good use in further assignments. Needless to say, pupils could gain such expertise that they might like to explore the field more and represent their country in a real debate, promoting important issues and solving real problems. Debating can therefore serve as a useful tool for pupils to master a number of language skills, increase their self-confidence, contribute to their personality and even prepare them for future situations.

In Model United Nations (MUN) debates, the participants outline positions on a concerning international issue. To do so, the speakers have to conduct research on the countries they represent and their approach to the topic discussed; in other words, they do not voice their own views but rather what their states posit. In practice, the debaters study the case and try to learn as much as possible about the issue and its state in their respective countries to deliver their speeches properly and answer the upcoming questions convincingly. Although the participants do not express their personal opinions and claims, they do benefit from the process of research as they gain general knowledge in diverse areas. Moreover, engaging in such events help them enrich their vocabulary, improve their fluency and self-confidence while speaking in front of an audience; thanks to their involvement, participants increase their overall skills. In addition, debaters improve their accuracy as the chairs correct them. In other words, MUN debates carry educational values benefiting the participants at different levels as they enhance their language proficiency and social skills.

Debating – Both a Means and an End

The ability to comprehend, organize and articulate ideas stands as the “Holy Grail” of language acquisition. Teachers, in an attempt to strengthen pupils’ proficiency level, constantly search for engaging activities that provide maximum exposure to the language. The English Department introduced an inspiring example during the Debating Conference. Observing adolescents exhibiting such a remarkable level of proficiency alerted the audience to the inherent, multifaceted virtues of debating as a tool for second-language acquisition. In addition to the improvement of analytical and tactical skills, pupils also need to listen, process and respond to one another in an honourable manner while adhering to the customary, elevated register, making debating an excellent gamified tool for language acquisition and mastery. Instead of facing passive and tedious learning with minimal engagement, pupils aspire to win debates, which drives them to master the multiple linguistic skills leading to victory in the contest. Apart from improving both receptive and productive aspects of the language, participants engage in higher order thinking skills and practice their analytical competencies, necessary for future occupations. All these components make debate not only a thrilling and enjoyable activity, but also a cognitive challenge that prepares individuals for real life. 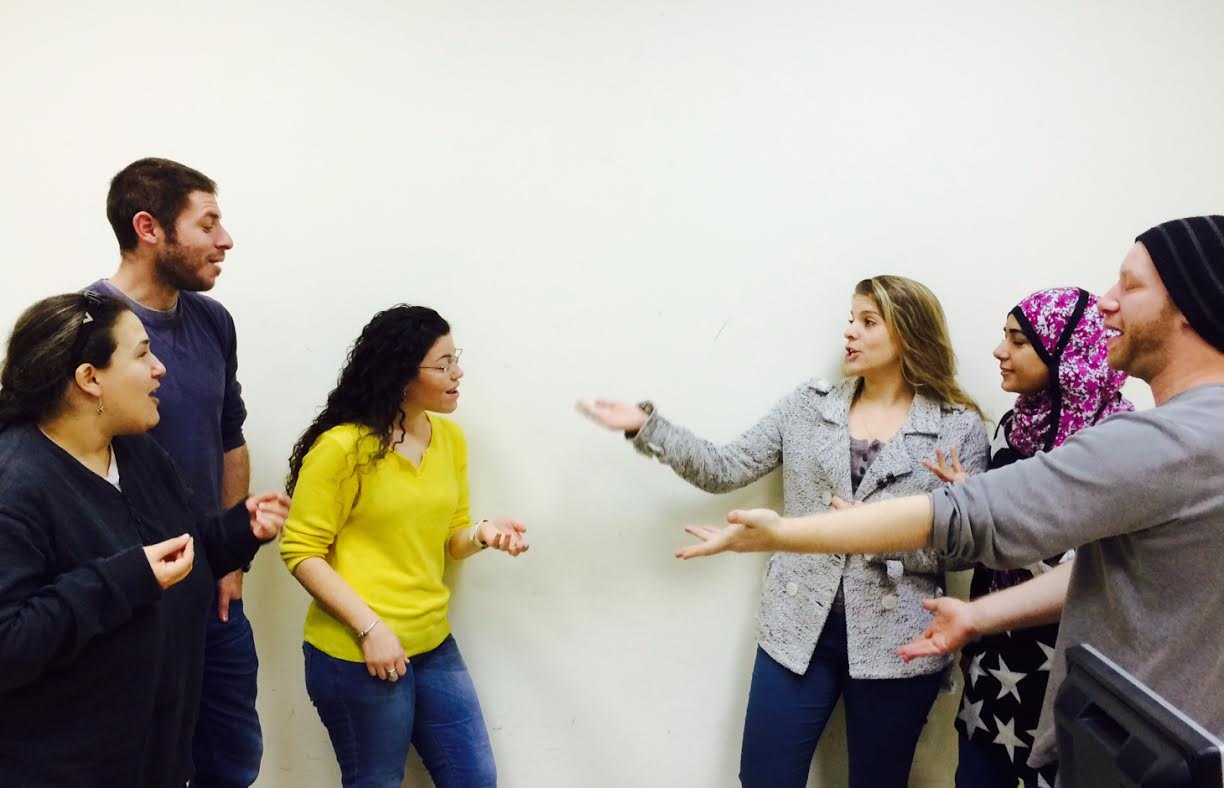